York, NE.        The City of York has been awarded $15.6 for Project Access York, an infrastructure proposal to improve pedestrian access and safety throughout the city. Project Access York will fund almost 10 miles of trail expansion throughout the city, a pedestrian overpass over Highway 81 near the interstate, safety improvements for school crossings, and curb cuts throughout the city. “Extending our trail systems has been on our city wish list for many years. I can't wait to see the great things we can do for York with this opportunity” said Mayor Barry Redfern.

The award came from funds appropriated by the Bipartisan Infrastructure Act through the Rebuilding American Infrastructure with Sustainability and Equity (RAISE) program. The RAISE grants allow rural communities to qualify for infrastructure funds with much lower match rates than federal projects usually require. Over 95% of the funds that support the project are federal funds.

The project builds infrastructure elements that have been identified by a diverse mix of community members as key priorities, but that would not happen without game-changing outside funding. The pedestrian trails include trails that link the current park trail to new trails that connect parks, schools, York University, and residential areas in the greater downtown area. These trails will connect to a trail that provides a safe path to bike or walk to the businesses in the interstate area. The pedestrian overpass will allow people to safely cross Highway 81 near the interstate. This area has many restaurants and businesses near the interstate. When buses or cars stop at York it is difficult to access the full range of options and too often people cross the highway despite the lack of safe crossing options. The school crossing improvements include solar crossing lights. The curb cuts continue the efforts of the York community to improve inclusivity for people of all abilities. The trails connect to the expansive inclusive playground currently under construction after a successful effort to raise over a million dollars in the community.

Although the City of York led the effort to pull the grant together, the project idea and the grant proposal benefited from multiple collaborative efforts in the community. The trail ideas were developed by York residents in the 2017 strategic plan and the need for safer crossing options for Highway 81 was also identified in the prior strategic plan. More recently, a community coalition of many organizations, businesses and interests in York worked together to conduct walk audits and hold conversations about how to improve pedestrian access throughout the city. Walk audits and conversations with students reinforced the need for more safety measures at the school crossings. These walkability efforts were led by Four Corners Health Department. The York County Development Corporation provided technical assistance and intern assistance for the grant documents.  York City Administrator, Dr. Sue Crawford, noted “this massive grant effort would not have been successful without the collaboration of many in the community and the hard work of York city staff.”

York sits at the intersection of Interstate 80 and Highway 81. As such it is a major transportation hub for travel and trucking. Over 28 million vehicles go through the York intersection annually. About 90,000 hotel rooms fill annually. The pedestrian infrastructure in Project Access York provides benefits in terms of ease and safety of pedestrian movement to those who come through this major transportation hub as well as to York residents. Charging stations are also located in this intersection. One of the trails is planned to connect a current charging station area to Wessel’s Farm, a living history farm near the interstate.

Unfortunately, Sue is out of the office until Monday. She will be able to check email and messages, but her response time may be delayed. Thank you for your patience. 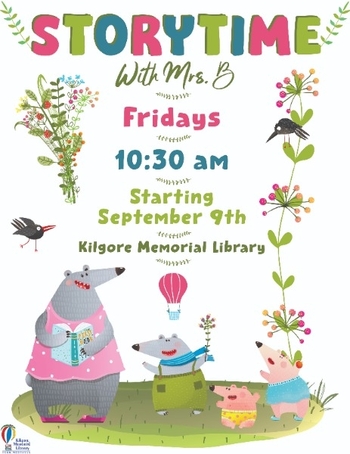 Kilgore Memorial Library's Storytime with Mrs. B is back on Friday, September 9th, at 10:30 am. 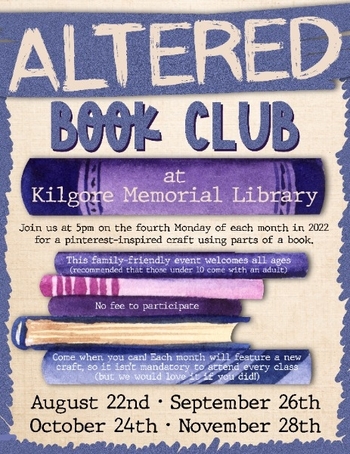 Join us on the fourth Monday of each month for a pinterest-inspired craft at Kilgore Memorial Library. 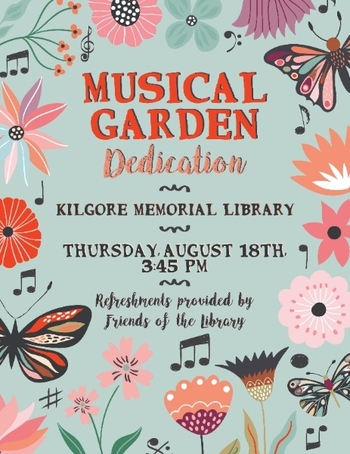 Join us on August 18th to celebrate our Outdoor Musical Garden & all those who made it possible!

West intersection of 14th street and Delaware and partial west lane of Delaware will be closed for concrete construction starting the morning of 7/28/22 and will last approximately one week.

Both lanes of 12th street near the corner of Washington Avenue will be CLOSED for the evening.  Motorist can take a detour through Mincks Park to get around the construction.  Construction crews will continue work tomorrow morning.

To encourage cyclists to stop by your business, you’ll want to consider a bike rack solution near your business. City ordinance does not allow bicycle parking except in stalls or racks provided for that purpose (Sec. 8-45).

If you are interested in installing a bike rack on the sidewalk near your business, use the “Application to Occupy Right of Way” form available on the York City Website.

On the Application to Occupy Right of Way form, use the Miscellaneous category, select other, and in the space write Bike Rack and give the dimensions. In the location portion of the form, fill in the location for the bike racks and the beginning date of work. For estimated date of completion write “Permanent.” Ignore the rest of the boxes until you get to the place for your name and signature as the applicant. Submit the form and the $25 application fee to City Hall.

To submit the form electronically, use the website to submit the form or email a scanned copy of the form to Public Works (publicworks@cityofyork.net) and then call the city to pay the fee with a credit card over the phone.

Apply for a City Job

Come work for the City of York. Join our team for a rewarding career.